China is currently the world’s 5th largest sugar producer with about 9.3 million tonnes, or 5.3% of world production in 2016. As shown in Figure 1, China has the distinction of producing both sugar from cane (in the south of the country, especially the Guangxi region which produces nearly 60% of Chinese sugar) and from beetroot (in the north). The proportions are nevertheless not balanced: 85% of the sugar produced comes from the cane. China has 270 refineries, belonging to 48 different groups, of which 233 are dedicated to cane. 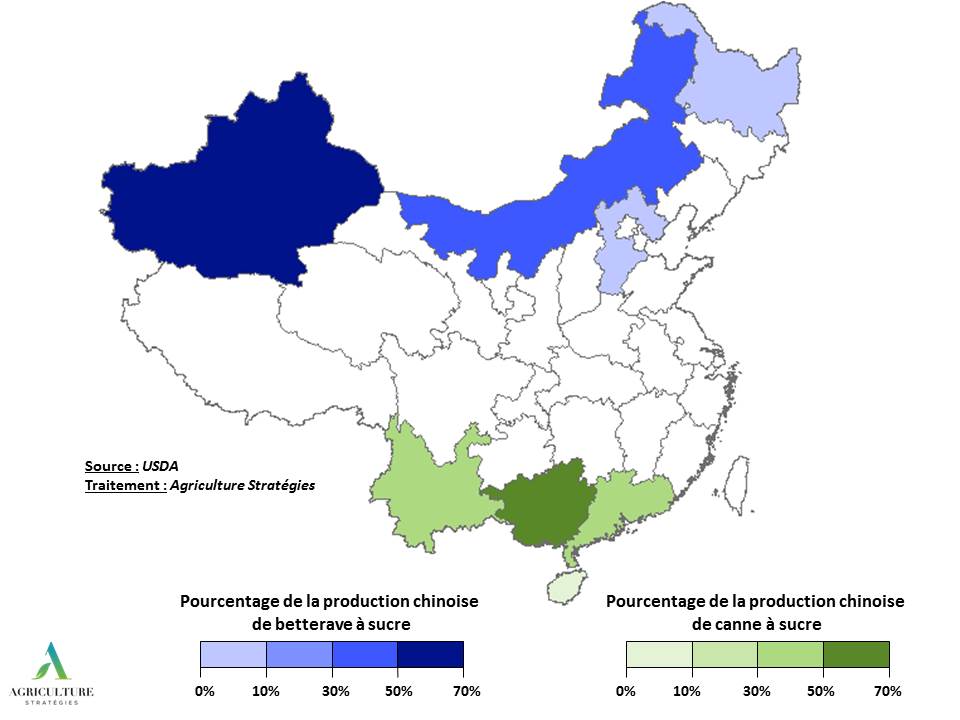 In the 1990s, the government undertook a major series of reforms. On the processing side, these measures included a reduction in the number of operating sites and their modernization, the limitation of the production of artificial sweeteners (notably aspartame) to encourage the use of sugar and the encouragement of foreign investment. in Chinese tools. On the production side, the government has focused on increasing yields by maximizing research and agronomic methods (variety selection and quality seed production, phytosanitary treatments, efficient irrigation, etc.).

But the heart of the reform has been, first and foremost, the creation of a floor price incentive for farmers’ remuneration. This floor price is dependent on the domestic price of Chinese sugar: farmers must be paid 420RMB / t (62 $ / t) for sugar cane when the price of domestic sugar is less than or equal to 5100 RMB / t (758 $ / t). On the other hand, when the sugar price is higher than this activation threshold, a value sharing is set up and the farmer must collect 5% of the difference between the price of sugar and this threshold of 5100 RMB / t. . In other words, when the price of Chinese domestic sugar reaches RMB 5200 / t, farmers must collect RMB5 / t for their cane in addition to the floor price of RMB 420 / t, which is RMB 425 / t.

This floor price has been steadily increased over time: in 2005, it was RMB 160 / t and the value sharing activation threshold was a sugar price of RMB 2,400 / t. Formerly national, this floor price has been since 2013 left to the discretion of the various provinces concerned. Guangxi, for example, has decided to increase value sharing between farmers and processors by 5 to 6 percent.

Despite the progress of the sector, production in recent years has only covered between 60 and 70% of consumption, making China the second largest importer of sugar in the world, just behind Indonesia. Thus tariffs on sugar remained relatively low: 15% for WTO import quotas and 50% beyond. WTO quotas represent 1.945 million tonnes, about half of the 4 million tonnes of Chinese imports[1]. 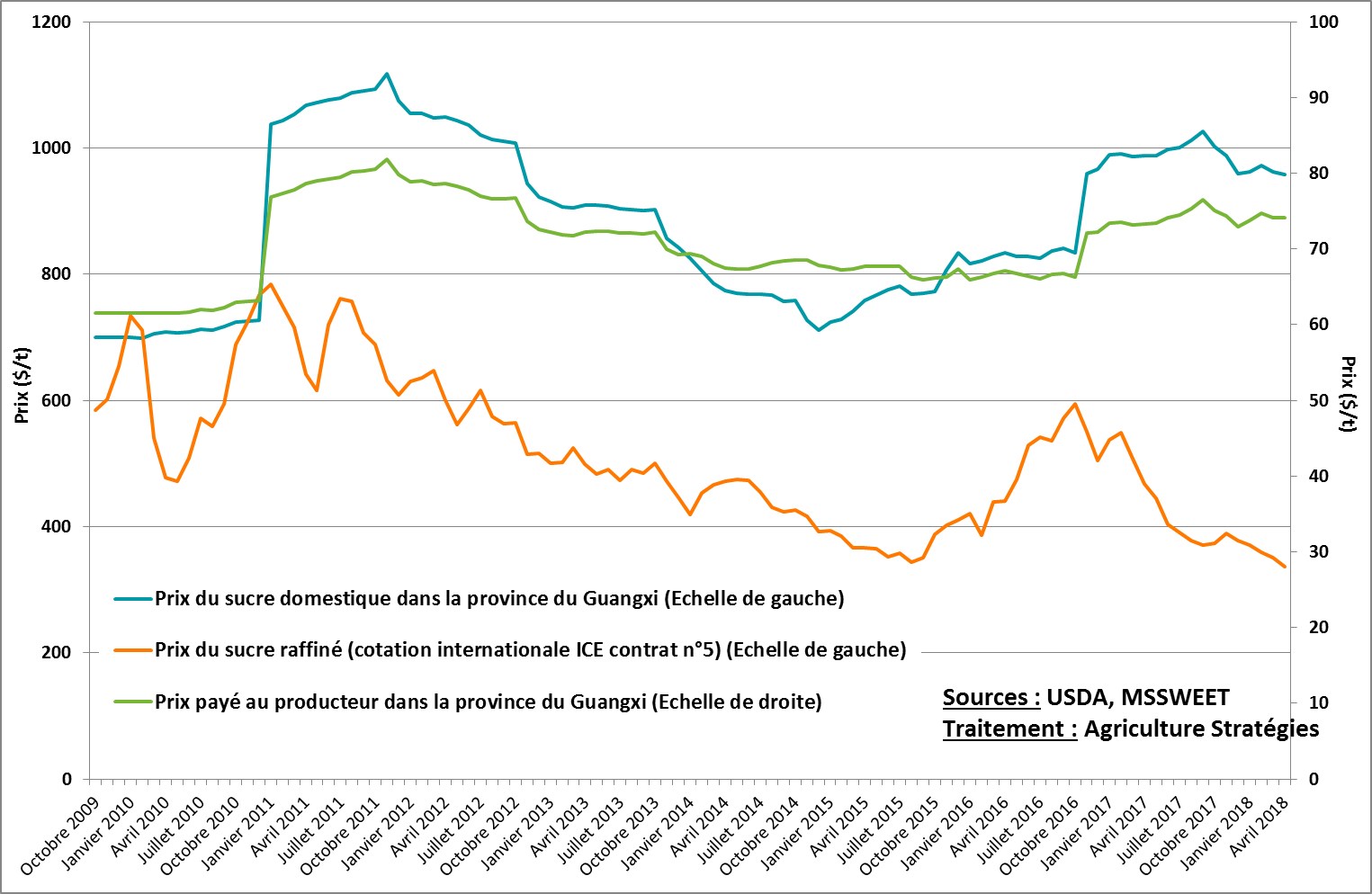 Figure 2: Evolution of sugar prices in China and remuneration of farmers

The fall in international prices observed since 2013 has hurt the regulation of the Chinese industry. The level of customs duties was no longer sufficient to guarantee the stability of the internal market. Processing plants have come under pressure and the value-added system has temporarily been abandoned in some provinces (Yunnan, Guangdong and Hainan).

The Chinese government has responded by adopting safeguard measures as WTO rules permit. Decided in 2015 and put in place since 2016, WTO tariffs outside the quota have been increased by 40%. For the 2017-18 campaign, they have even been increased by 45%. Contesting not the principle but the justification advanced for the use of these safeguard measures, Brazil attacked China at the end of 2018.

In terms of alternative outlets for cane and sugar beet, the sugar sector does not seem to be affected by the expansion of biofuel production, unlike biodiesel and ethanol, whose five-year plan set in 2016 set ambitious targets. quadruple the production of biodiesel and increase by two thirds that of ethanol. Nevertheless, 5% of the ethanol produced comes from cane or beet residues at present, the rest coming from maize (70%) and cassava (25%). A net importer of sugar, China does not need to find new markets for its sugar products[2].

« A society that does not value the work of the land, who does not look after those who cultivate, who raise, is a society in danger of death »

Faced with the risks of free trade, agricultural policies are necessary to guarantee food sovereignty