The Berlin Institute for Population and Development, an independent think-tank specializing in development and demography issues, recently published a report on the contribution of agriculture to economic development in sub-Saharan Africa1. We publish the summary below.

The beginning of this report is unequivocal on its content “currently, the African agricultural sector is not able to feed its own populations, but it has the potential to lead the development of the continent”. The main feature of this report is to illustrate several dimensions of the interactions between agriculture and demography by comparisons between Europe and sub-Saharan Africa.

The increase in the productivity of agricultural labor in Europe observed in the second half of the twentieth century is thus put in perspective of African agricultural development still too hampered by a lack of knowledge, low capital, and insecurity of the law. land. Added to this is added value captured by other continents, while African farmers “bear the full risk in case of insufficient harvest or price fluctuation”.

Similarly, the Common Agricultural Policy, more precisely the historic CAP (1962-1992), is noted for the stability and protection it offered to initiate the modernization of European agriculture. This example could be useful to Africa.

Illustrated by nine initiatives in as many African countries, this paper proposes virtuous approaches – essentially based on individual initiatives – to make agriculture “the belt of development in general”.

Finally, if the authors call for a favorable political framework, including more cooperation and protections “so as not to expose farmers suddenly to international competition”, it will be noted that the subject of the current rules of international trade is strangely not addressed. Another downside, references to the agricultural demographic transition of England in the eighteenth and nineteenth centuries arrive as a “hair on the soup” and do not integrate factors due to the colonization of three virgin continents. A situation that is not about to recur and that militates, as the report does globally, to consider African agricultural underdevelopment as one of the root causes of migration.

Currently, Africa’s agricultural sector is unable to feed its own populations, yet it has the potential to drive the continent’s development. This may sound like a rather far-fetched hypothesis given that sub-Saharan Africa – the sole focus of this study – has the lowest level of development and the highest population growth of any region in the world.

In theory, however, the region has what it takes. About a quarter of the world’s areas suitable for crop farming and animal husbandry are to be found on the African continent. It offers favourable climatic conditions for harvests, a large reservoir of manpower is available, and the governments of the 49 states between the Sahel and the Cape of Good Hope, along with international development cooperation agencies, have realised that the urgently needed development leap must begin in the agricultural sector, which has long lacked attention.

However, there are major practical challenges to be overcome: yield per unit area and labour productivity in agriculture are low to date. Eighty percent of farms in sub-Saharan Africa are family smallholdings. They tend to farm inefficiently, especially because they lack access to know-how and capital and do not have secure land rights. Few use modern production-enhancing means such as mineral fertilizers, irrigation or machinery. Sometimes they even damage the sensitive soil by using poorly adapted methods. Droughts, heavy rain and other effects of climate change are making it more difficult to secure the supply of food. While many people suffer from malnutrition or have poor diets, a middle class is emerging in metropolitan are-as that has adopted “Western” eating habits and hence begun to suffer from “civilization diseases” such as obesity and its secondary effects

A glance at history shows that both in the early industrialised and later in the developing and emerging countries, the improvement of primary production always stood at the beginning of the socio-economic development process. In the pre-industrial era, farming in Europe was at a similar level to that of the majority of African smallholders today as far as the use of labour and agricultural aids is concerned, and the yields were comparably small.

Today, using energy and capital but with far less effort, European farmers are managing to obtain much more from arable land and animal husbandry than most of their counterparts south of the Sahara. But increasing intensification has also taken its toll on ecosystems and human health and made a huge contribution to human-induced climate change. In the course of these developments, agriculture has become ever more productive. Thus, farmers managed not only to feed growing populations but also to generate income from agriculture – and the workforce was freed up. The latter, in turn, found employment in the upstream and downstream sectors of the agricultural economy, from agricultural machinery manufacturers to processing enterprises such as dairies, in industry in general and in the growing service sector.

Learning from experience: leapfrogging for Africa

In comparison with Europe, Africa has very little time left to make progress in agriculture and turn it into a driver of development. Population growth is particularly pronounced in rural areas, while the cities are growing mainly as a result of migration from rural areas. As long as high fertility rates continue to accelerate population growth, per capita economic progress will be ever more modest. That said, Africa does have the advantage that it can bypass some of the roundabout routes of development and build directly on the latest scientific findings and state-of-the-art technologies. This leapfrogging approach, i.e., omitting certain stages of technological development that have proved obsolete, may help agriculture onto its feet. To learn from Europe’s experience means that African farmers must intensify, but in a sustainable way and without repeating Europe’s mistakes. But first of all they must ensure food security. To do this, they need to organize themselves in order to gain better access to knowledge and resources and to open up markets for their products. The rural population must become active as entrepreneurs, processing and refining raw products themselves in order to prevent companies in other parts of the world reaping the added value thus produced. In this way, attractive jobs can be created in rural areas. Establishing an “agrifood” complex will ultimately be the conveyor belt for development in general.

Africa’s farmers need support from both governmental and non-governmental development organisations in this endeavour. But above all, both farmers and domestic and foreign investors need governments to follow words with deeds when it comes to doing more for the development of agriculture.

The final and largest part of this study consists of nine case studies that show how the objective of sustainable intensification can be achieved, how value chains can be built and how Africans can drive change through their own efforts – or, at least, which promising approaches exist for learning from both good and bad experience and for leapfrogging certain steps.

The selection of countries is limited for reasons of space, but we have taken care to choose countries that are as different as possible and to highlight examples from different agricultural and processing sectors. In Senegal, for example, a veterinarian has built a value chain for domestic milk. In Ivory Coast, a women’s cooperative is refining raw cocoa to produce the finest chocolate. In Nigeria, a company is developing high-tech agricultural aids that even farmers with less capital can afford. In Zambia, a project is using fish breeding and the cultivation of soybeans to diversify agriculture and make it more attractive for young people. In Malawi, maize farmers are once again learning to appreciate the advantages of crop rotation. Another selection criterion was to track the most diverse possible initiatives on which the projects and activities described are based. The impetus to change sometimes came from start-ups willing to take risks, sometimes from scientific institutions and sometimes from international organisations. 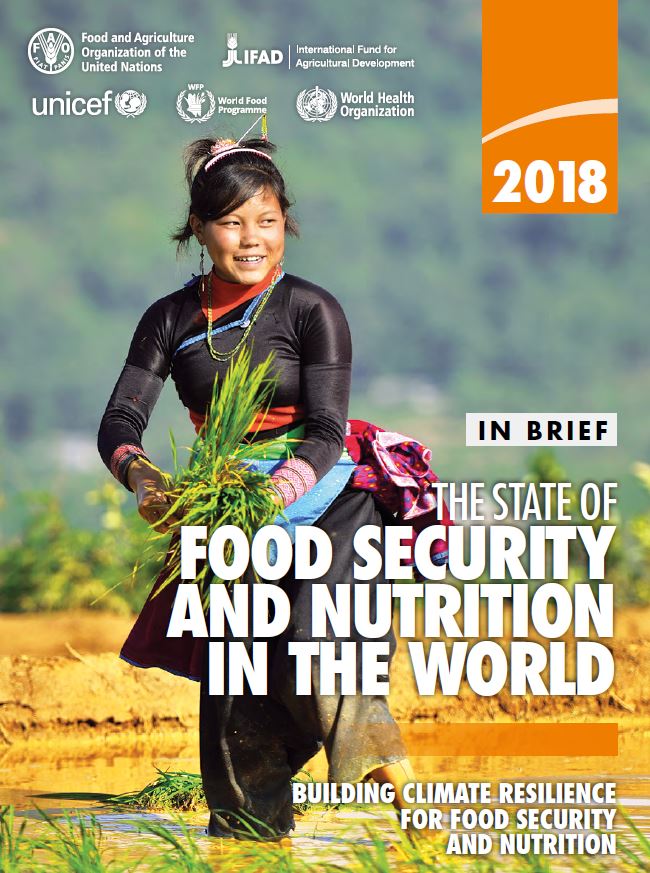 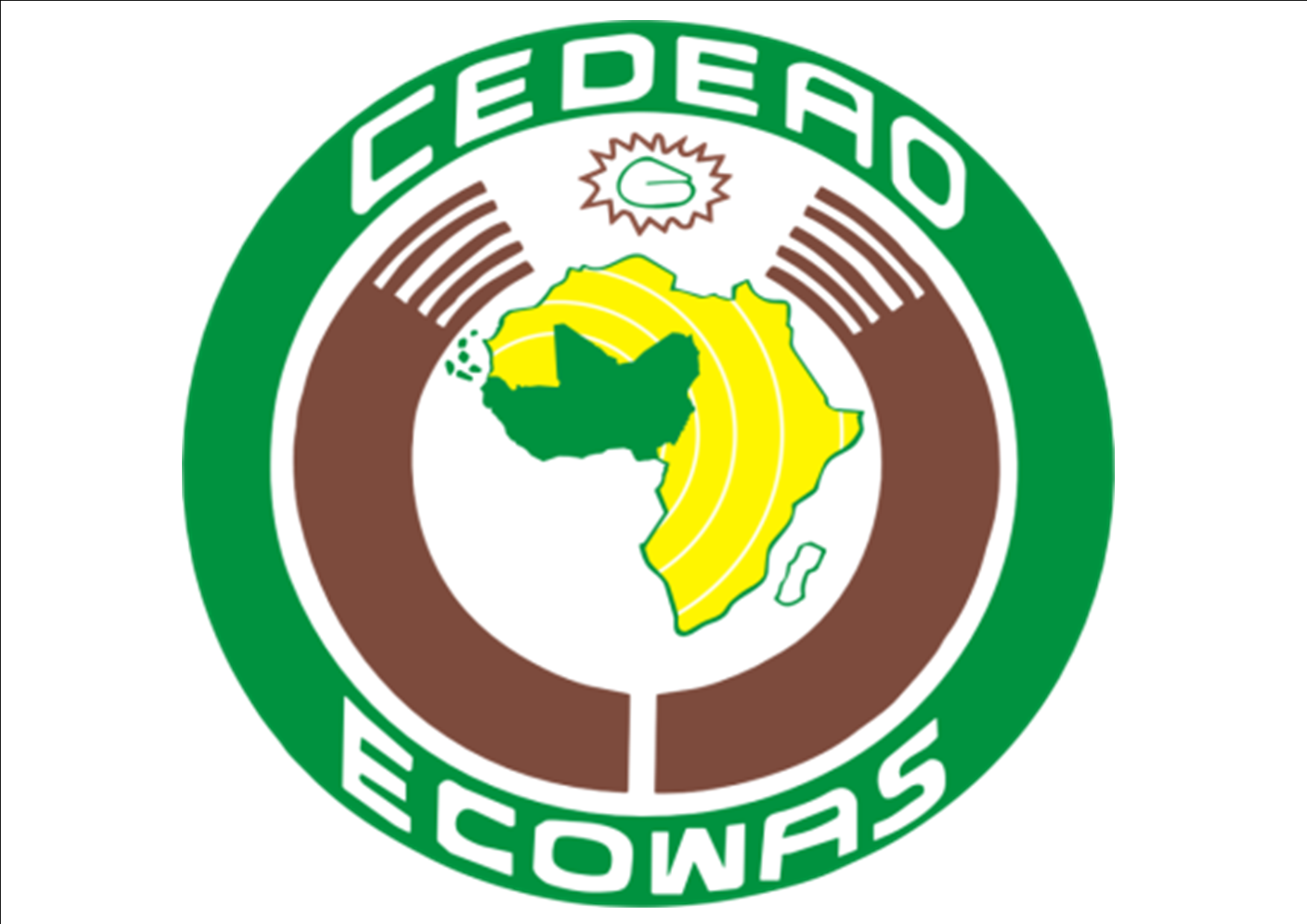 Hearing of Jacques Carles in the European Parliament: "It is urgent to restore the management of market crises at the heart of the CAP" 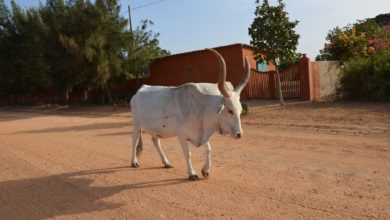 What trade policies for the promotion of the “local milk” sector in West Africa? 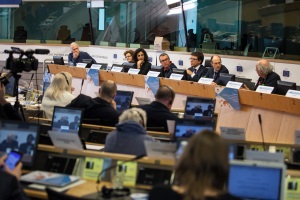 Changing the rules of international trade: necessary for tackling the challenges of the farming sector, food sector and the planet 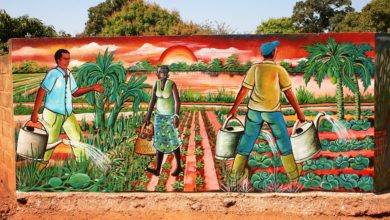