To cope with the collapse of prices and a value-sharing that is deemed unfair, the creation of a cocoa OPEC among the main producing countries is more relevant than ever. Result of the voluntarism of the African governments directly concerned, this possibility appears in the declaration of the last conference of the International Cocoa Organization (ICCO) and a recent report from the World Bank even praises the bringing together of Ivory Coast’s and Ghana’s public regulators. Without waiting for this outcome, the Ivory Coast, which accounts for nearly a third of global production, seems to have already taken the lead in making the fight against a cocoa pathogen a way to rebalance the supply chain and therefore the balance of power between upstream and downstream.

Since the cessation of international cocoa agreements in the mid-1980s, which included export quotas, beans are traded internationally in a fully liberalized market. This resulted in a period of very low prices throughout the 1990s, which resulted, in addition to the injunctions of certain international organizations, of having undermined the national regulatory bodies – stabilization funds and other boards – also undermined by governance and corruption issues. After experiencing a relatively favorable period between 2008 and 2015, like all raw materials, the production sectors have suffered since a collapse in cocoa bean prices which are detrimental to the economies of the countries concerned.

In spite of the revival of the national regulatory bodies, such as the “Council for the regulation, stabilization and development of the coffee-cocoa sector” or Conseil Café-Cacao, in Côte d’Ivoire in 20111, which notably allowed to increase the first transformation on African soil, other ways are put forward to get producers out of the crisis and allow a better sharing of added value. The main one is based on the observation of the high concentration of production: the first 4 African producers, Côte d’Ivoire, Ghana, Cameroon and Nigeria account for more than 60% of production. 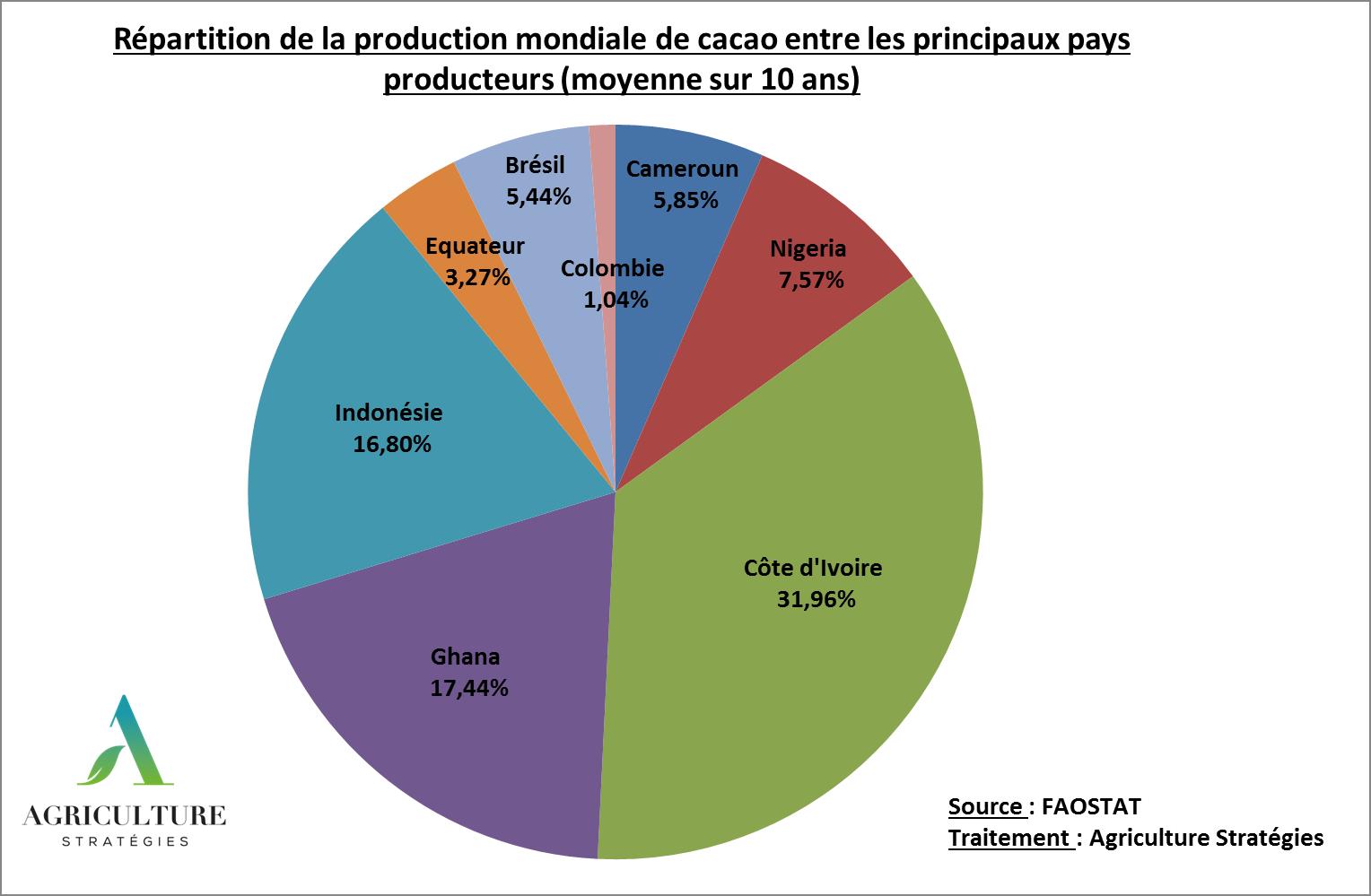 Towards coordination of the main producing countries …

Following the multiplication of consultations observed between the Ivorian and Ghanaian authorities, and relayed in the African press2, the idea of ​​setting up an OPEC of cocoa came back on the scene in 2017. The calls for a better regulation of the sector do not come only from the two largest producers. At its last conference in Berlin in April 2018, the International Cocoa Organization (ICCO) called in its official declaration for greater collaboration at the local, national and global levels and the creation of an OPEC of Cocoa is explicit3.

The World Bank, in its latest report on Ghana4, also stresses the need to find solutions for the cocoa sector. It explains that “there is a need to strengthen cooperation between Ghana and Côte d’Ivoire, the two main cocoa producers in the world,” and that “the cooperation of the two cocoa economies, […] would allow to gain more market power in international negotiations”. We must also reference Dutch economists Niek Koning and Roel Jongeneel, who, as early as 2008, highlighted the control of the cocoa supply as one of the essential components for strengthening the West African agricultural policy (ECOWAP) and using the agriculture to enable the economic take-off of the region5.

… to respond to market power imbalances

Better coordination in the regulation of cocoa production is all the more necessary as cross-border forms of trafficking and smuggling are observed6. In addition, the sharing of value is questionable as the share that comes back to the first links in the chain are meagre. At the Paris Agricultural Show 2018, Ivorian Minister of Agriculture Mamadou Sangafowa Coulibaly explained the current imbalance, explaining that only 6% of the revenues generated by the cocoa sector go back to producing countries, and only 2% arrive finally to the peasants7. On the other side of the chain, processors and distributors share more than 85% of the sector’s revenue8.

This sector is extremely unbalanced because the world production is divided between more than 5 million farms9, which cultivate on average less than 10 hectares, while the downstream sectors are very concentrated. Indeed, UNCTAD estimated in 2016 that 50 to 60% of bean trade is controlled by three large companies (ADM, Cargill and Barry-Caillebault)10, while for processing, six companies: Barry-Callebaut, Cargill, Olam, Ecom, Touton and Blommer, alone account for 90% of world cocoa processing11.

Moreover, it can be noted that these cocoa processing companies are mainly European or American, which implies that a very small part of the revenues flow to the producing countries, especially since the transformation in the producing countries remains low which is encouraged because exports are facilitated by zero customs duties on cocoa beans in the European Union, whereas they are 7.7% and 15%12 after first and second processing respectively.

The fight against the pathogen Swollen Shoot: the opportunity to kill three birds with one stone

A viral disease of the cocoa tree, called Swollen Shoot, identified in the 1930s, reappeared in the region in 2004. The only way to fight against this disease is the complete uprooting of the tree, and its replacement by cocoa resistant strains resistant (from the strains named Upper Amazon).

To stem the spread of the disease the Ivorian government announced in January 2017 the destruction and replanting of 300,000 ha of cocoa over 3 years. This represents nearly 10% of Ivorian cocoa areas13. This replanting program makes it possible to kill three birds with one stone. It helps to control the disease by removing vulnerable varieties and planting resistant strains. It will encourage the renewal of aging plantations, with low prices until the mid-2000s leading to underinvestment. And finally, it reduces production in the medium term to reduce the supply on international markets.

In the end, the sudden rise in cocoa prices on the New York Stock Exchange since the beginning of February 2018 (+ 40%) is probably no stranger to the increase in the number of actions taken by the players in the production to find an exit crisis. The formation of commodity prices remains mainly a question of psychology and anticipation of the actors. Through their actions for cocoa, Côte d’Ivoire and Ghana seem in any case to give themselves the means, through the main tool of producers, the control of supply, to put agriculture at the heart of their strategy of development. There are lessons to be learned for European agriculture. 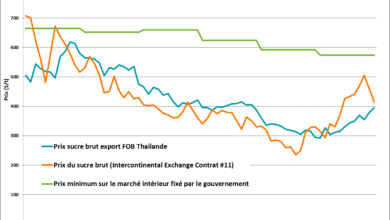