Across the Atlantic, the Green Deal is disturbing. First described as protectionist, this new policy would now risk disrupting global food security, according to US experts. According to USDA, new EU environmental requirements could lead to a reduction in European production. Instead of welcoming the boon of the release of new market shares granted by the EU, the United States seem concerned about the increasing hunger in the world and food insecurity. While the EU has a large deficit in raw plant products, the risk lies in increasing European requirements for access to its market, which would directly affect its main supplier… the United States. Review of a US attempt at rough misinformation.

Perfect timing for a study with questionable assumptions, with a very focused presentation of the results

November 2th, the USDA publishes a study analyzing the impact of the adoption of the Green Deal following various alarmistic scenarios, which overall indicate a decline in European production, an increase in agricultural and food prices, a fall in European agricultural income and an increase in global hunger[1]. In detail, the scenarios are as follows: either the EU is committed alone to reducing inputs, or several trading partners follow, or the strategy is adopted worldwide. Depending on the case, European agricultural production would fall by 2030 by -12 % and -7 % respectively.

This inculpatory USDA study is mobilising to convince a very general public argument: Europe will no longer be able to feed the world, which poses a threat to global food security and increased hunger in the world. According to these scenarios, the number of people suffering from hunger would increase from 22 million (in the case of adoption by the EU alone) to 185 million (in the case of global adoption). This was quickly taken up by the press, especially since the US study is currently the only one assessing the effects of the Green Deal; the impact assessment promised by the European Commission continues to be awaited.

In theory, this supposed fall in European production, which was refuted by Claire Bury, Deputy Director-General of DG Health and Food Safety, would benefit the United States and Russia rather, as it would free up market shares. It is therefore questionable why the United States rushed to publish a study intended to make European taxpayers worry.

Indeed, considering the underlying assumptions, the EU would effectively (and almost miraculously) achieve a reduction in pesticides of 50 %, fertilisers by 20 %, antibiotics by 50 % compared to their current level, and 10 % of arable land (in favor of agro-ecological infrastructure). While in its Communication on the Green Deal, the EU remained very vague on the reference levels to be considered, and referred to a reduction in “risk” or “use of inputs” rather than quantities[2], the US study is counting on a decrease in quantities and their replacement by labor and capital (mechanization). To this end, the model used affects the output ratio (capital + labor) by a fixed coefficient of -13 %, a questionable hypothesis which does not envisage any change in production patterns or consumption. The most affected crops in the EU are cereals and oilseeds (-48.5 % for wheat and -60 % for oilseeds in the first scenario).

Finally, let’s talk about the underlying assumptions on the assumed increase in hunger in the world. The study is based on a US model, which projects food demand per capita and assesses it against a caloric target of around 2100 calories per person per day.This model does not cover the entire world population but only considers the populations of 76 low- and middle-income countries (historical recipients of food aid). 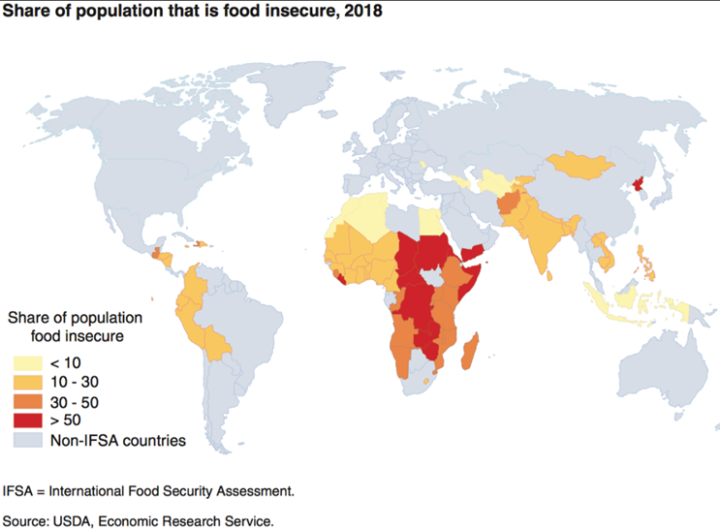 Figure1: Countries covered by the US food insecurity assessment model (grey countries are not part of the scope of the study)

According to this model, regardless of the scenarios, the population of the countries concerned is growing in the same way, rising to 4,076 million people in 2020 to 4,696 in 2030.And regardless of the scenarios, the share of people suffering from hunger will decrease during this period. The mathematical trick is therefore to present the figures from a certain angle… Without change, the model estimates that the percentage of people suffering from food insecurity in the countries studied will drop from 22.6 % (current situation) to 10.9 % in 2030 (decrease by more than 50 %). Depending on the scenario chosen, this percentage would increase to 11.4 %, 13.1 % or 14.9 % in 2030. It would therefore not be an increase in hunger in the world, but a more moderate reduction depending on the results of these models (on the very questionable assumptions, as we have just seen).The alarmist figures put forward come from the comparison between the strongest reduction (no change model) and the lowest reduction (global adoption).

This declining trend in the number of people suffering from hunger can be linked to the observation of a sustained trend towards global agricultural overproduction, as production tends to grow faster than needs. The latest OECD Agricultural Outlook Report acknowledged that “over the last decade, cereal production growth has surpassed demand, leading to the build-up of large stocks and lower prices”. Over the last 10 years, the production/consumption ratio is on average 101.6 %, increasing in trend over the long period. In this context, would a potential reduction in European agricultural production therefore be so problematic?

The United States, the main suppliers of a Europe with a deficit in raw plant products…

As we pointed out in this article, the European balance of trade in plant products has been chronically in deficit for the last 20 years, and the deficit has increased by -20 billion euros in recent years. The share of cereals in trade is fairly reduced in value terms, accounting for 7 % of European crop exports. The trade surplus of European cereals represents on average less than one billion euro over the period 2017-2019. Not enough to feed the world, therefore… The threat of increasing global food insecurity in the event of a reduction in European production thus appears to be largely overstated.

On the other hand, the threat of restricting access to the European market is real. The United States are the EU’s largest supplier of plant products (they represent 10 % of our plant products imports). The graph below shows the evolution of the composition of our trade across the Atlantic. The exports part on the top of the chart is mainly composed of blue products (beverages and food preparations), and the share of processed products (pale green) has increased significantly since 2013. On the other hand, the lower part, which represents our imports, is mostly green, representing the share of primary agricultural products, plants and animals. One quarter of US agri-food exports to the EU are tropical fruit/nuts/spices, and another quarter oilseeds (22 % of which is soy). 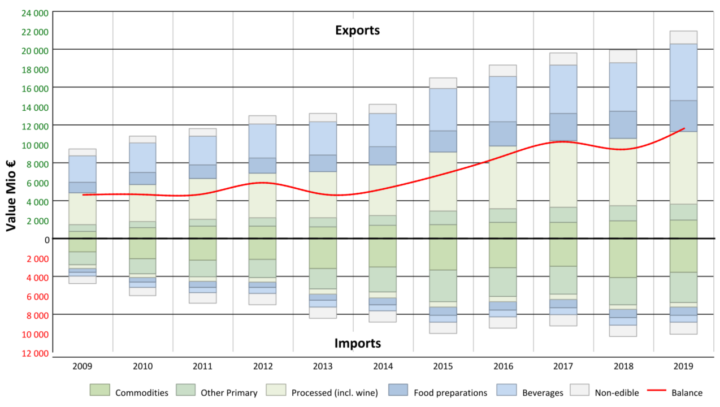 Figure2: Structure of agri-food trade between the European Union and the United States

However, in the second scenario of this study, Europe limits by 50 % its imports from countries that do not apply its new environmental standards. USDA considered that the United States would be among the countries that would not follow the European example and would thus be sanctioned. Unsurprisingly, this scenario is the only one that would lead to a decrease in exports for the United States, and the worst in terms of agricultural income for the US…

… Who are at risk of being deprived of an important outlet

This political reading of the figures presented reflects the statements made by the US Secretary of Agriculture, Sonny Perdue, on October 7th.The already palpable concern of the Trump administration about an increase in European requirements and the risk of additional taxation of products not complying with these new standards was translated as follows :“ Each sovereign nation has the right to determine the frameworks and regulations for its food and agricultural production (…) but if you try to impose these standards in international trade, this becomes very problematic”. The US Secretary then described the Green Deal as a “very regrettable policy that will affect international trade and global food production (…).This Green Deal will lead to protectionism, I am afraid of it.” The reason for concern from the United States therefore seems rather to be directed towards restrictions on access to the European market ; the additional requirements in terms of production standards would imply additional costs that the US are currently not prepared to take on, on pain of losing the European market (and ending up with large surpluses). Europe is the 3rd destination for US agri-food exports, accounting for 10 % of exports in value.

The introduction of new articles by the Parliament on possible bans or increases in taxes on imported products which do not comply with European production standards during the votes of 23-24 October last year reinforces this threat. The addition of Article 188a on the import of agricultural and agri-food products from third countries is indeed clear:‘ Agricultural and agri-food products can only be imported from third countries if they comply with production standards and obligations in accordance with those adopted, in particular in the fields of environmental and health protection, for the same products harvested in the Union or produced from such products.’ If this article lasts beyond the trialogues, and if it is then applied, our trading partners might indeed be worried …

Between questionable assumptions and an oriented presentation of results, the United States embarked on an anti-Green Deal campaign, with the aim of fighting against the rise in agricultural standards on the world market. The harmonization of practices and the generalization of environmental constraints, which have long been called for by European farmers who are under pressure from unequal competition, could have a significant impact on trade. However, contrary to the conclusions displayed according to their own calculations, the USDA study shows that this shift towards more sustainable practices does not prevent a reduction in the rate of food insecurity in the countries studied. In substance, hunger in the world is more a problem of low prices than high prices: 70 % of malnourishes are poor farmers, who would benefit from higher agricultural prices. In addition, the degradation of agro-ecosystems is the result of a race for dumping and at least saying that we must stop. The agri-environment transition will not be successful without restoring value to products. However, given the low share of agricultural products in food expenditure (8 % in France), the solution lies more in a better distribution of value within sectors and logistics in developing countries, than by raising prices to consumers. 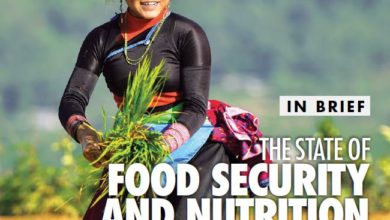