At the request of President Macron, during Rungis’ speech on October 11, the organizations involved in the inter-branch organizations defined their strategy when drafting development and transformation plans for the agricultural and agri-food sectors. In order to feed the reflections of a future agricultural law, these sectoral action plans were called upon to deal with collective organization, upscaling and a better integration of environmental and societal issues. Given the European news, and the outcome of the negotiations of the Omnibus Regulation, we find in several sector plans discussions about the Common Agricultural Policy and in particular about mutual economic funds, also called income stabilization tool (IST).

Recall that economic mutual funds were introduced during the 2013 CAP but did not meet the expected success since only one Spanish region and Hungary had chosen to use them, after the refusal of Italy. Negotiations for the Omnibus Regulation were intended to change the configuration of these funds to make them more attractive to the agricultural organizations that would have to operate them. Thus, following the agreement reached in October, these funds may be specific to a production and be managed from indices and no longer from changes in the real income of farms. In addition, the trigger threshold is lowered to 20% of income losses. And finally public money, in addition to being able to be mobilized to repay the interest on loans, can also be mobilized to build the initial capital of the fund.

As we have had the opportunity to analyze it, the economic mutual funds seem to be irrelevant tools given the low regularity of agricultural price volatility which results in sparse spikes and wide slumps, considerably limiting the farmers’ capacities to suscribe to these funds. They are even dangerous insofar as they condone the withdrawal of public intervention in the management of crises and correspond to a logic of privatization of access to public support, which is why they could also become in last resort the support for a securitization of the European agricultural crisis.

After having read all the sectoral action plans, our analysis is confirmed.

The two sectors historically most affected by the structural instability of the agricultural markets, namely pork and potatoes, do not mention mutual economic funds. The dairy industry says it wants to “follow the work of the CAP and develop tools for managing market volatility (ISTs, futures, fixed price contracts, etc.)”, but does not provide any details that would suggest that the subject has been studied.

On the other hand, vegetable sectors seem to have worked more on the subject.

For cereals, the subject comes up several times in the document, but strong preventions are expressed: “These tools, being appraised by the French crop organizations, raise questions about how they work, their economic efficiency and especially their financing. It is necessary to evaluate the budgetary consequences of their eventual generalization and their compatibility with the maintenance of direct payments. The feasibility of other sources to finance them also remains to be deepened (contribution of the downstream of the sector, European crisis fund …). ”

The oil-protein industry seems quite enthusiast. It is also the only one to mention at this stage of first numbers: “For the production of rapeseed, 10 to 15 years would be necessary to constitute this fund which will have to be able to face losses reaching 100 M € one out of ten years and in the event of a natural disaster, it must be able to reach € 550 million. For such a scheme to work, the participation of the public authorities in the initial constitution of the fund, as authorized by the Omnibus Regulation, is indispensable. AMOUNT NOT FIXED AT THIS STAGE. “.

As for the sugar industry, opinions are very divided. On the farmers’ unions’ end, we see economic mutual funds as a very promising tool that they would be ready to develop. However, no numbers are advanced and it is stated that: “In 2018, the interprofession will study the sectoral income stabilization tool for the beet sugar sector to better measure its relevance”.

On the side of sugar manufacturers’ end, that is to say essentially the Tereos and Cristal Union cooperatives, the positioning is frankly more reserved: “Moreover, if the CGB thinks about the implementation of a sectoral device of the IST, the sugar manufacturers do not endorse this study and consider that the time of constitution of the fund and the possibilities of public support do not seem compatible with the cycle of occurrence of crises. In addition, this will have an impact on the contractualization schemes, with the risk of creating deadweight effects, especially since indices would be used for triggering “.

In conclusion, the value chain plans have also helped to advance, as such, the collective thinking on mutual economic funds. On such an important subject, however, one can not remain at the principled positions, for the devil hides in the details, and the details can be decisive. It would also seem appropriate that studies already conducted on the subject, all sectors combined, can be made public, which is not the case today. While the Commission’s legislative proposals are expected in less than 3 months, there is an urgent need to clarify the real potential of mutual funds, which in our view, take up too much space in the debate with regard to their real potential, so that to think as quickly as possible of the whole range of the tools of prevention and management of risks and crises.

In Germany, the bankruptcy of the largest agricultural firm revives the debate on the regulation of land

WTO, agriculture and development, a lost cause ? 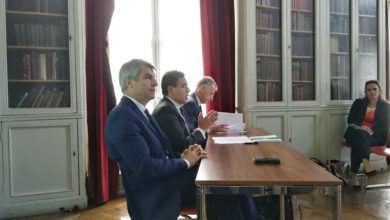 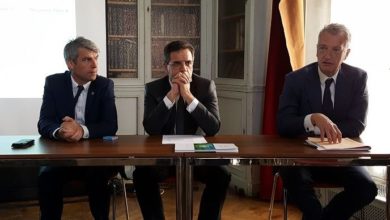